Poor Antarctica continent!
Always forgotten, sometimes it even doesn't appear in the conventional maps of the world...
And when it's there, below all the other continents... it's such a strange shape... a broken white stripe crossing all the bottom of the image.
We all know that Antarctica is not a stripe: it's instead a sort of circle with a long tentacle almost reaching South America.
But when we look at a map of Antarctica, with its real shape, we generally lose all the references with the rest of the world! where's Africa, Asia, Europe, Oceania? We generally have just the reference of South America, due to its proximity to the Antarctic Peninsula.

So... which lands face Antarctica's shores?
That's an interesting question, that can be turned upside down in this way: which coasts look directly to Antarctica when they point southwards? ...and of which countries?

Here you have the answer finally!
It's an answer that helps us to better understand the relative position of Antarctica inside our planets! 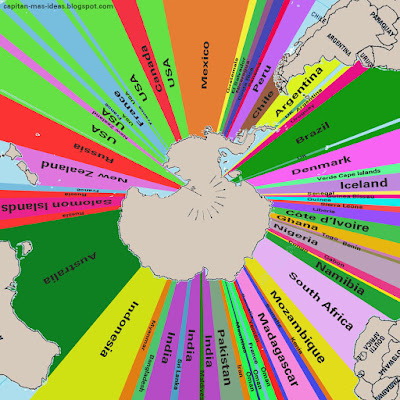 So, did you noticed that Mexico is one of the countries that faces the most to Antarctica when someone looks southwards from its west shores?
Also Denmark (Greenland, indeed) and Iceland have their own shores directly connected to the most-southern-continent on Earth.
And also France, but this is just thanks to its colonies around the world.

Here you have a more global map showing the world connections of Antarctica: 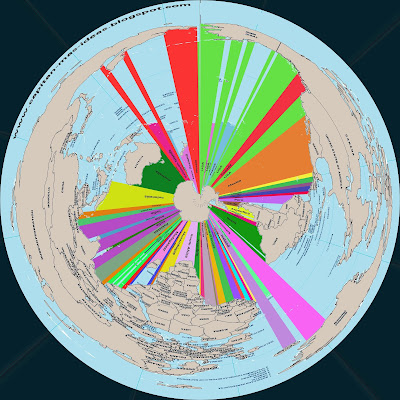 Or if you prefer a more conventional way to represent our planet, we can say the same thing this way: 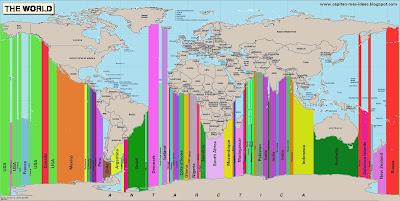