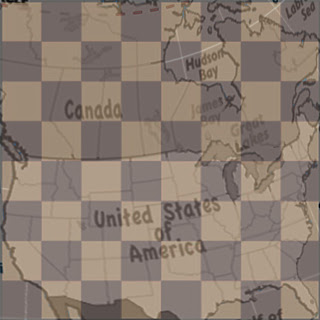 everybody knows that Chess is a game of strategy that simulates a sort of battle.
so, what do you think is the other typical war game that anyone knows? yes, exactly! you got it! is Risk!
so... why don't we unite this two war games and we create a chess board with a geographical background that represents the war between two countries?
now the chess pieces are moving through the regions of your enemy's country, conquering and invading provinces, taking control of seas and mountains... 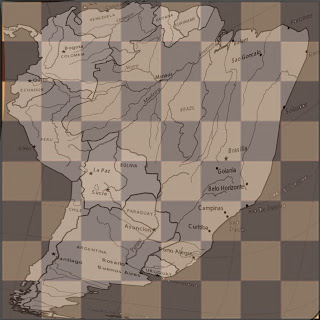 maybe not a very sophisticated idea, but for those who like war game it could be nice (if the maps would be done in a better way...) here you have two samples just to give you an idea of what I mean.