I made a very easy research of all the wars waged by the USA from the beginning of its history. I realized a map in order to visualize all the countries involved in some conflict with the United States. here you have the graphic result: 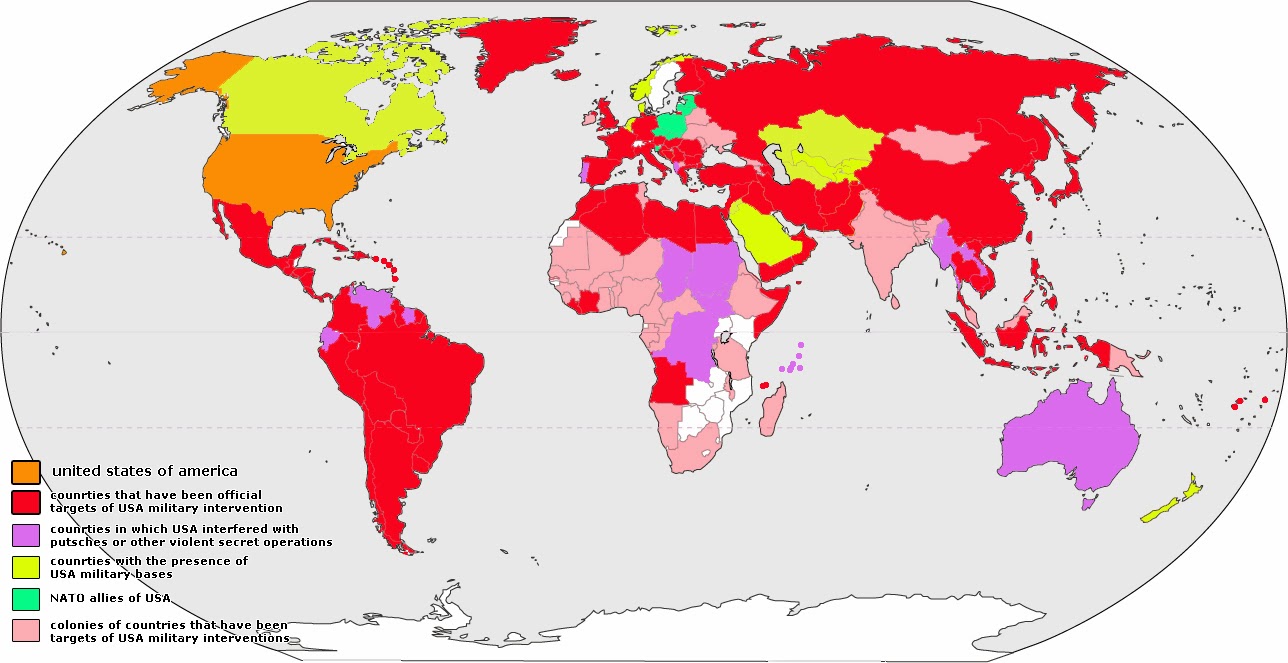 all the information are official and easy to check.
there are not so many countries that hadn't anything to do with the US army in the last 2 centuries.
the order of the colours is made by priority, that means that if one country fought a war against the united states it's in coloured in red but it doesn't mean that there couldn't be also putsches made by the USA or that there aren't now military bases in its soil. In such a case I just put the red colour because I thought the priority was to show the war before the other things.
so the priority is:
1- war or any other military intervention in foreign country.
2- putsches or major interference in foreign countries' fights.
3- presence of US military bases
4- military alliance with the USA by mean of the NATO.
5- countries that were involved in some conflict with the USA because they were part of the colonial empire of some nation in war with the USA.

as you can see by the map there are very few countries that never had to face the presence of the USA army, even Greenland is not free from this invasions!

so... who thinks that the USA is not an imperialist country? it's not necessary to be a bolshevik to admit it 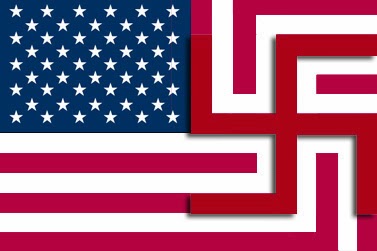