this is an idea for real geeks of geography: it's a globe head!
it's really simple: it's just a representation of the land masses of our planet put in the "sphere" of a human head.
indeed we're considering the head of a male human, cause the idea it's that the lands of the continent have to appear inside the areas in which there could be hair, moustaches or beard.
So now it's up to you if you're considering this drawing as a hair dress style or a head tattoo... 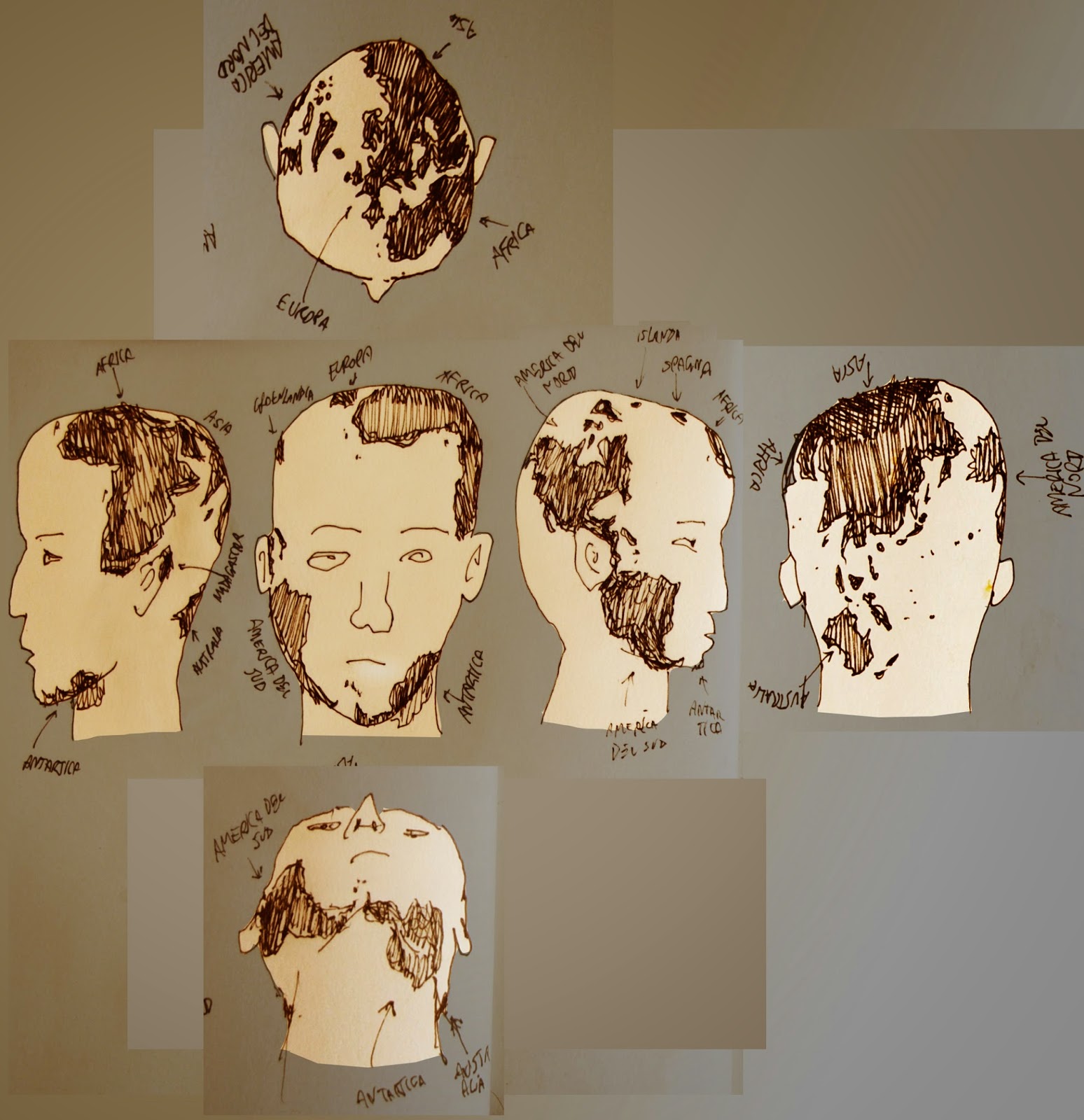 if you think about a tattoo, consider that if you're making your hair and beard grow all the world map would disappear immediately. 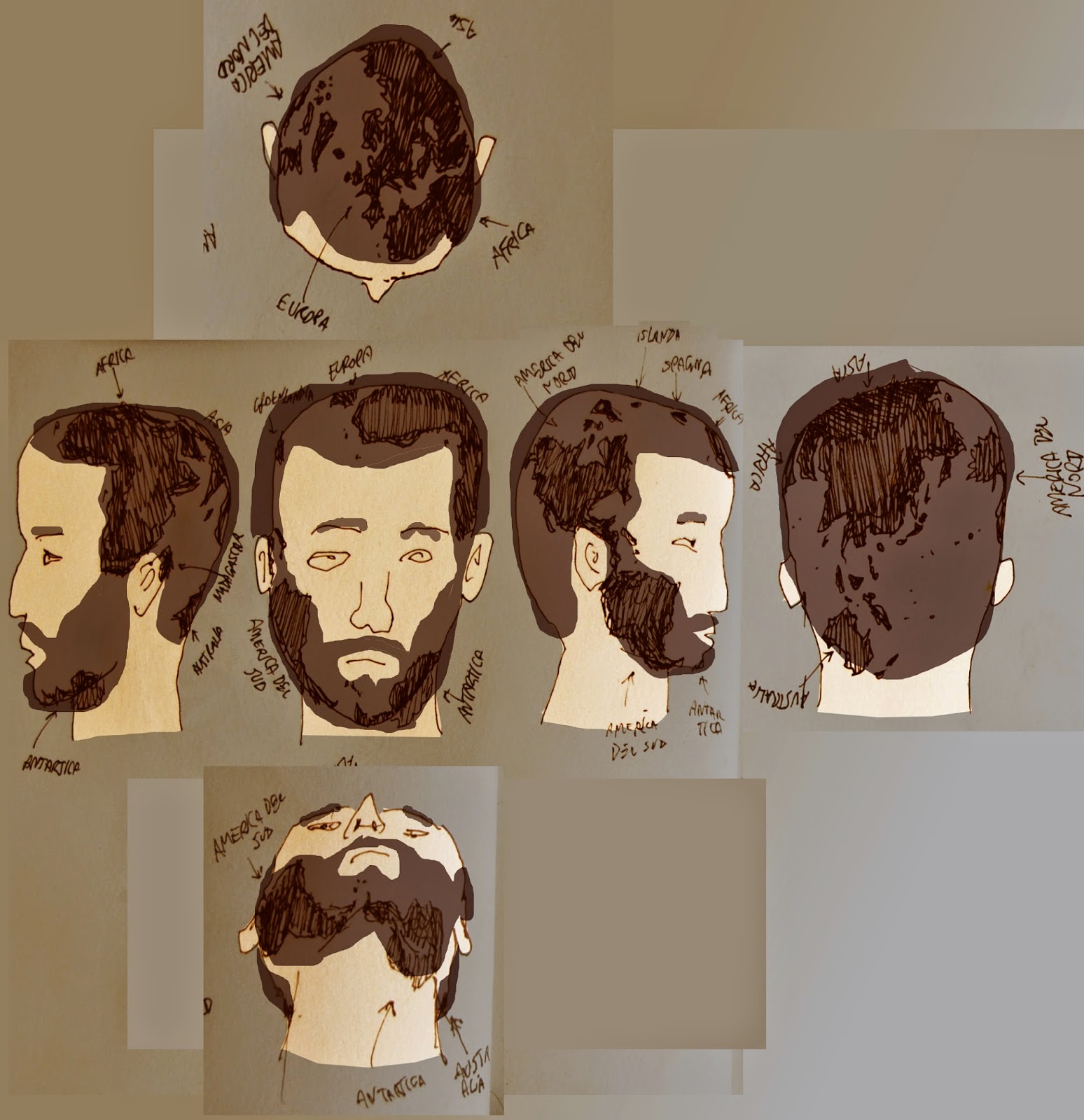 for a good result of the experiment it's better having an egg head and being very hairy! hehe.

anyway... the drawing I suggested it's not the only way to do a globe head.
here below you can see the first idea and also a second trial. 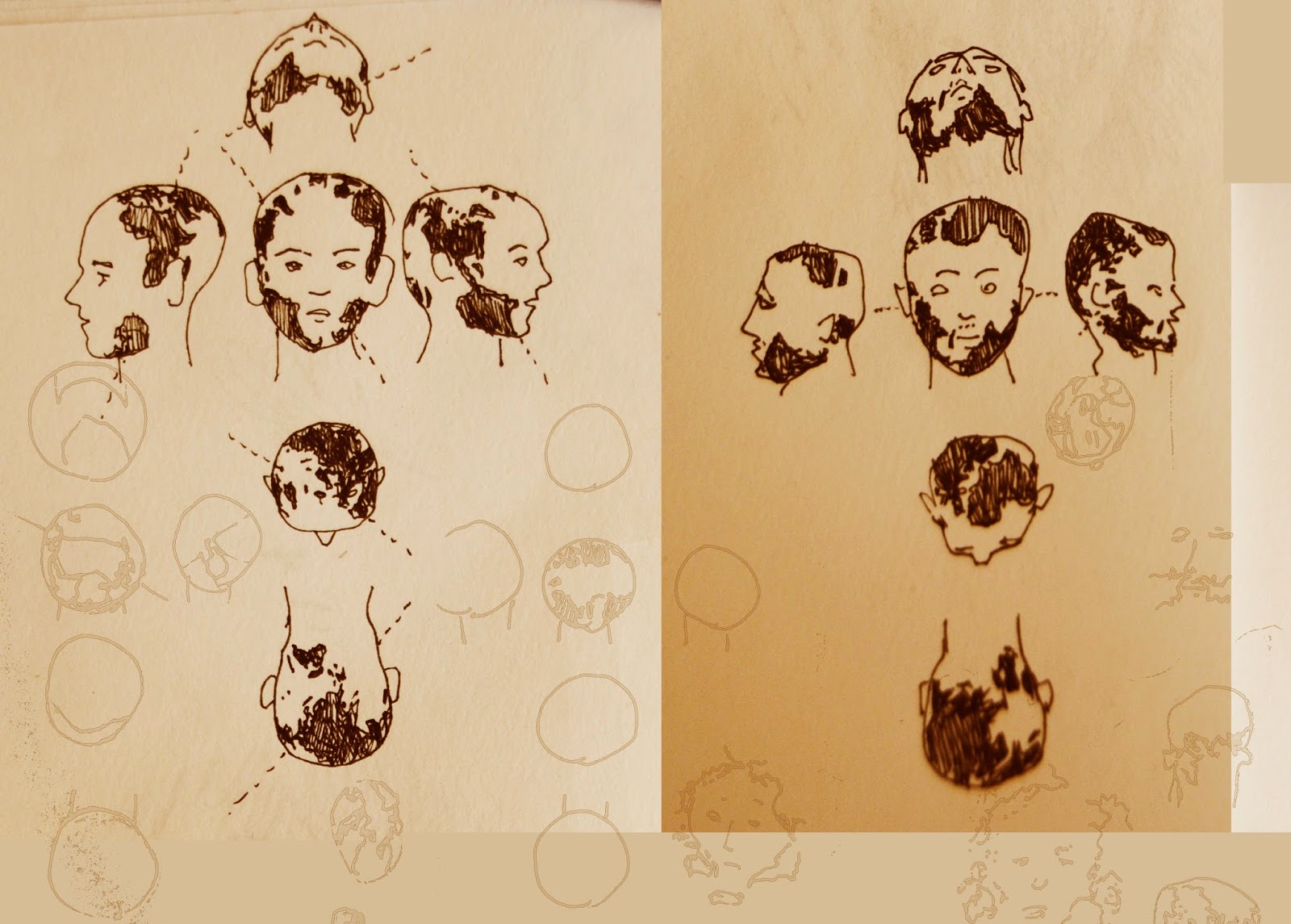