generally the Europeans have very funny ideas about the importance and the dimensions of Europe in comparison with the rest of the World. this is because of a historical and traditional way of considering Europe as the centre of the World and also because of the typical geographic representations of our planet: lot of them have a deformed Europe that makes it appear bigger than what it really is.

I tried to make a fast comparison between the European countries and other countries of the world in terms of Population and Area of their territories.
so let's start with the areas!

in the following map you can see the names of other parts of the world's countries that have the same surfaces of territory of the countries in which they are written upon. 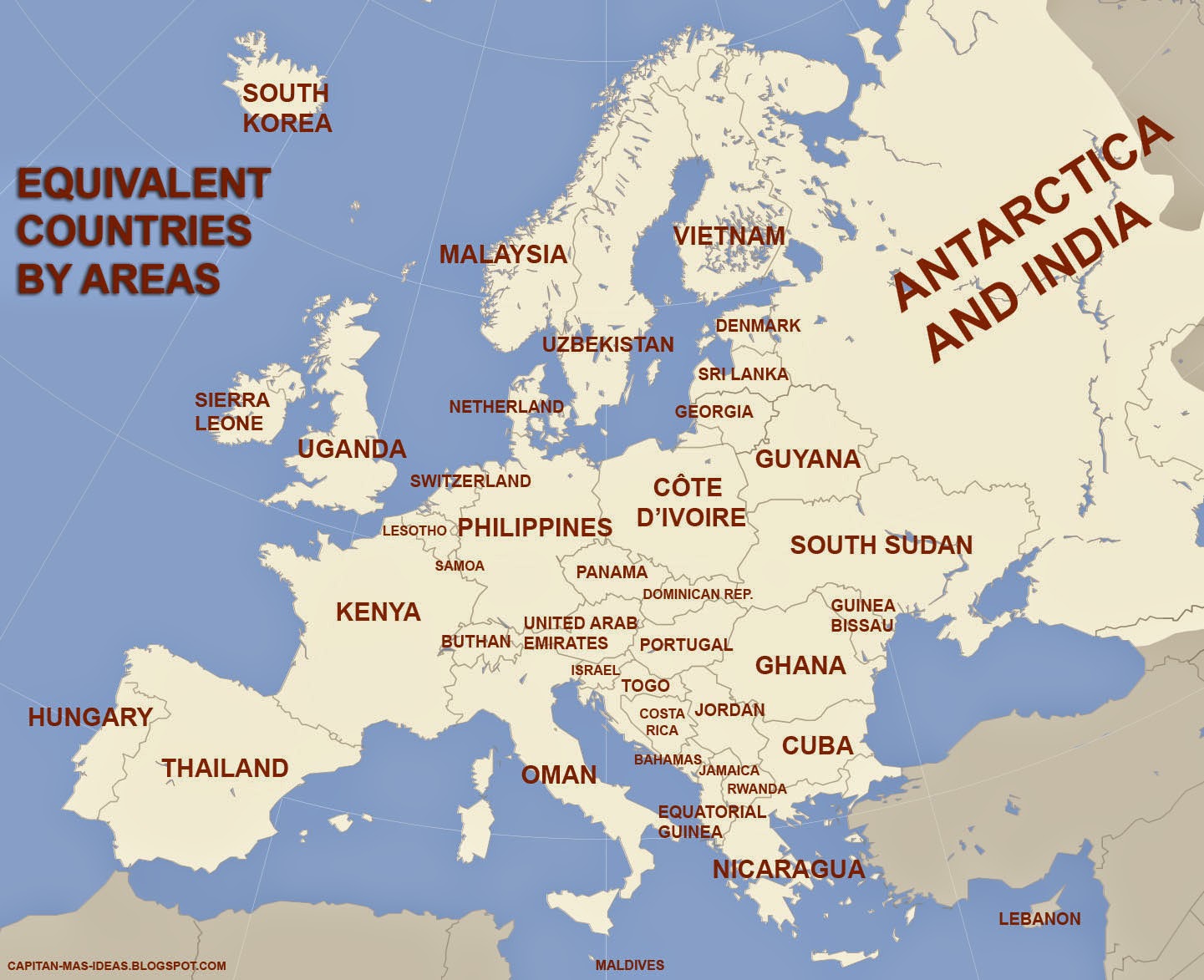 as you can notice it's quite interesting to realize that Germany is as big as the Philippines and Spain is the same as Thailand. Bulgaria's got the same size than Cuba and Uzbekistan is as wide as Sweden. 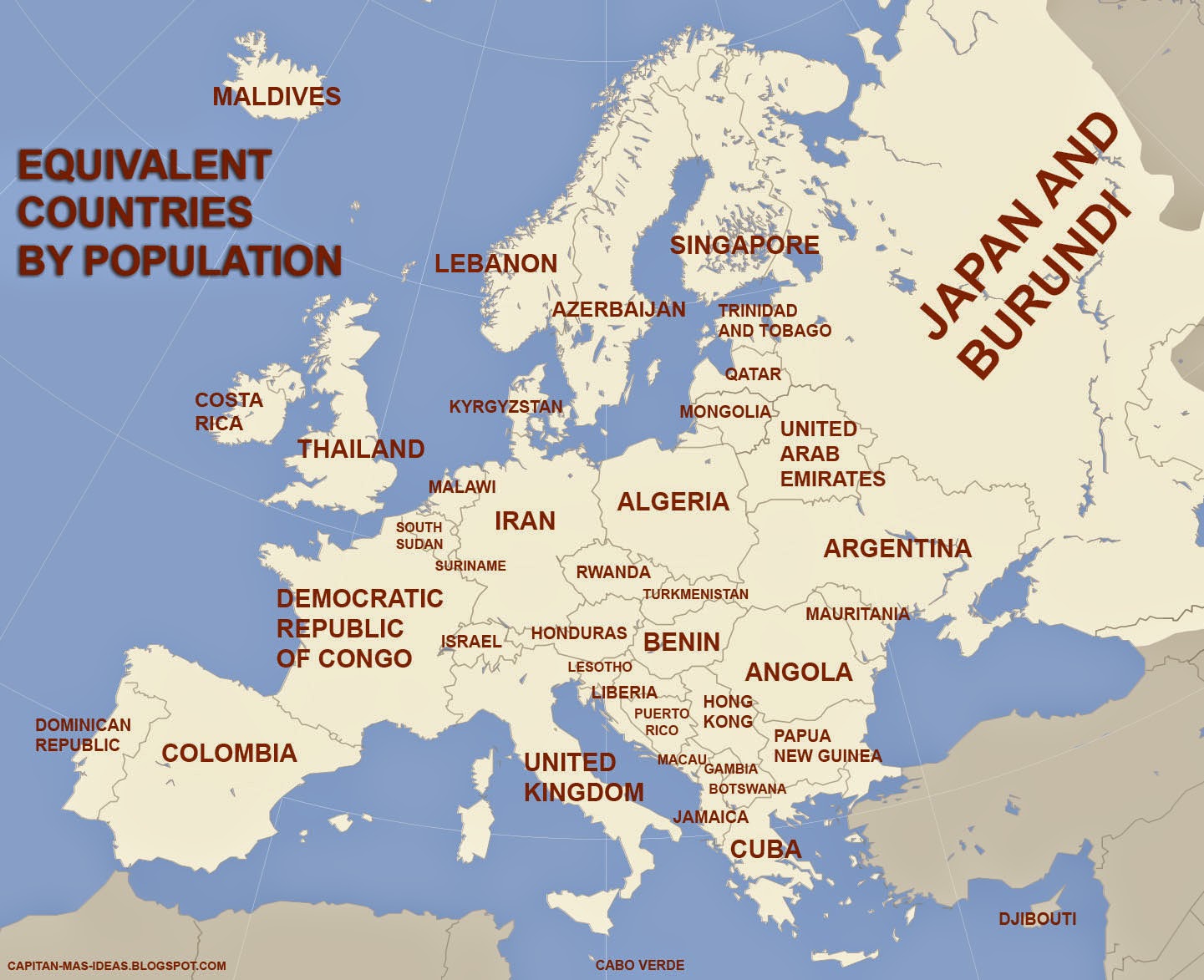 you can read lot of interesting things: Norway is like Lebanon, all Finland like Singapore (which is just a city!). Russia is like Japan + Burundi and all Argentina could live in the same dwelled houses of Ukraine. All Serbia is like Hong Kong (that is also a single city!) and in Lithuania there's the same population than in Mongolia.

I have to say that the comparison is not always perfect but it's basically correct.
you can check in wikipedia: the differences between the European countries and the countries that are written over them are really small. almost invisible!

ALL THE IDEAS ARE FREE

IDEAS HAVE NO OWNER!
Use any idea as you please. Ideas have to be spread around and not to be kept inside.
Use, change, develop, modify all these ideas as you want.
Feel free to use them as they were yours.