absurd idea for an impossible city

why all city centres have to be a very dense maze of houses and alleys or a huge organized chess board of wide avenues and high skyscrapers? If I should invent a new city centre I would put a big garden in the middle of all the town: a green lung for all the people, the centre park.

ok this is not such a new idea and it isn't something so strange, indeed there are cities like this. but I'm now imagining an absurd town! a town existing only in the dreams of a child. with some strange rhetorical organization and a special symmetrical plan... like in the legendary stories of atlantis....
So let's now imagine a huge park that's the centre of the town, and let's think about a radial disposition of all the streets, like the drawing of the sun: the labyrinth of the tarmacked lines would be like a tissue pointing to a theoretical centre. the centre, of course it's in the middle of the park. and what's the centre? a big statue! a metal statue! the goddess of the city! the dweller of that place, the ruler of the human community. 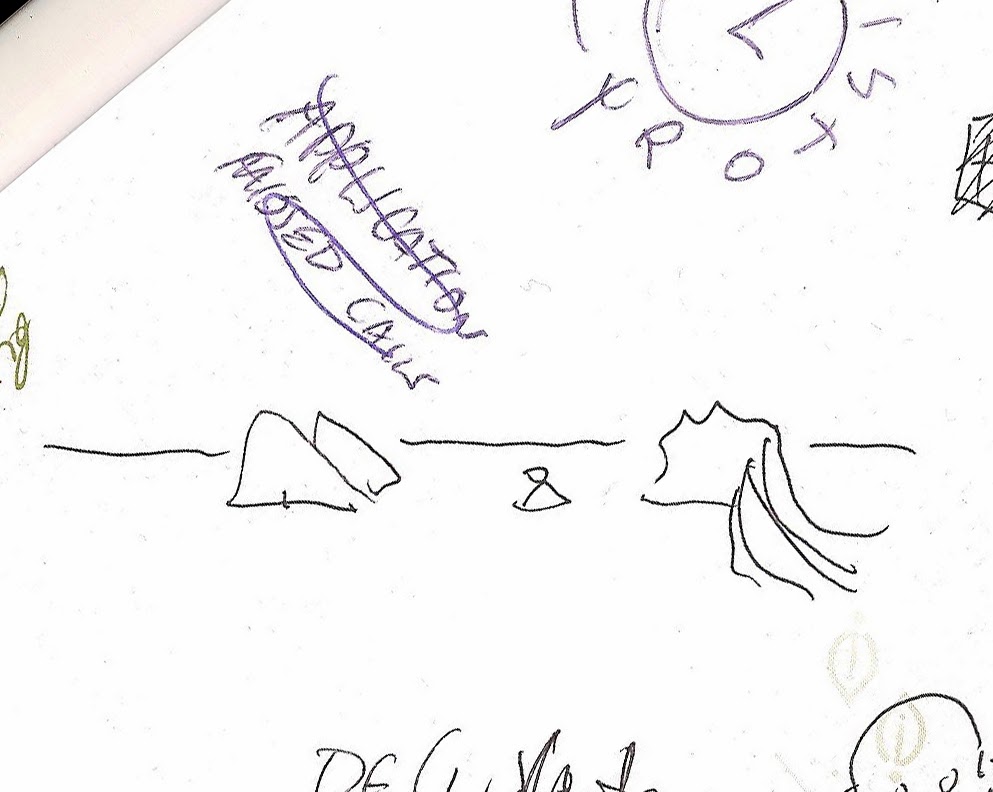 the statue would be inserted in the grass as if the green soil would be a sort of water level in which the goddess is submerged. all around a thick forest would protect her, but near to her body an open and flat field of green land will surround her. the people of the town would often go to the huge statue to meet the immense mother of the place, the giant origin of the city.
her arms and legs are below the earth holding the foundations of the town, her heart is green, her body is metal and her hair is... tarmac! her hair is falling down in the grass and spreading radially to the horizon. this is the origin of all the streets of the town! here in these streets there are no cars, of course. only young people running, playing, skating and jogging. 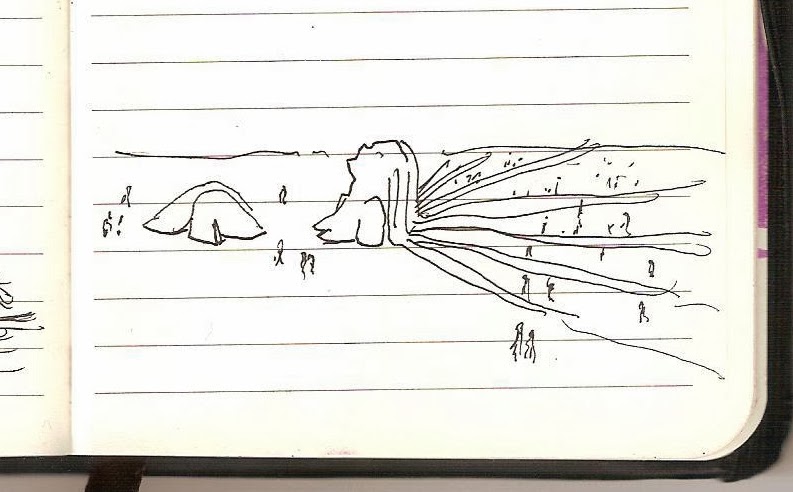 yes I know, it's just an absurd idea for an impossible city centre.
but it's crazy! isn't it?
Pubblicato da Massimo: a 00:15